Accelerating your property tax payment into the next tax year 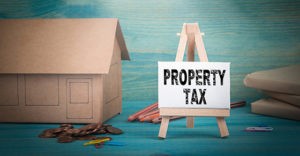 Accelerating your property tax payment into the next tax year

Accelerating your property tax deduction, and other deductible expenses, into the current year typically is a good idea. Why? It will defer tax, which usually is beneficial. Prepaying the tax may be especially beneficial this year, because proposed tax legislation might reduce or eliminate the benefit of the tax deduction.

However, there are a few caveats:

It’s still uncertain what the final legislation will contain and whether it will be passed and signed into law this year. We can help you make the best decision based on tax law change developments and your specific situation.

Businesses: Get ready for the new Form 1099-NEC

There’s a new IRS form for business taxpayers that pay or receive nonemployee compensation. Beginning with tax year 2020, payers must complete Form 1099-NEC, Nonemployee Compensation, to report any payment of $600 or more to a Read more…

Tax responsibilities if your business is closing amid the pandemic

Unfortunately, the COVID-19 pandemic has forced many businesses to shut down. If this is your situation, we’re here to assist you in any way we can, including taking care of the various tax obligations that Read more…