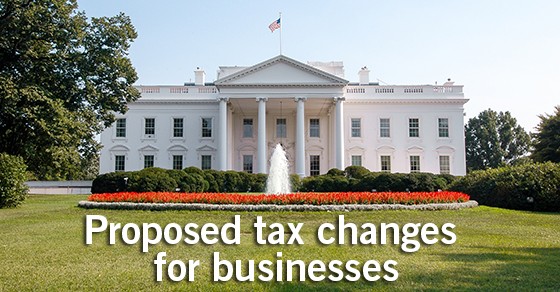 The election of Donald Trump as President of the United States could result in major tax law changes in 2017. Proposed changes spelled out in Trump’s tax reform plan released earlier this year that would affect businesses include:

President Donald Trump’s tax plan is somewhat different from the House Republicans’ plan. With Republicans retaining control of both chambers of Congress, some sort of overhaul of the U.S. tax code is likely. That said, Republicans didn’t reach the 60 Senate members necessary to become filibuster-proof, which means they may need to compromise on some issues in order to get their legislation through the Senate.

So there’s still uncertainty as to which specific tax changes will ultimately make it into legislation and be signed into law.

It may make sense to accelerate deductible expenses into 2016 that might not be deductible in 2017 and to defer income to 2017 when it might be subject to a lower tax rate. But there is some risk to these strategies, given the uncertainty as to exactly what tax law changes will be enacted. Plus no single strategy is right for every business. Please contact us to develop the best year-end strategy for your business.

Businesses: Get ready for the new Form 1099-NEC

There’s a new IRS form for business taxpayers that pay or receive nonemployee compensation. Beginning with tax year 2020, payers must complete Form 1099-NEC, Nonemployee Compensation, to report any payment of $600 or more to a Read more…

Tax responsibilities if your business is closing amid the pandemic

Unfortunately, the COVID-19 pandemic has forced many businesses to shut down. If this is your situation, we’re here to assist you in any way we can, including taking care of the various tax obligations that Read more…